You can find some general introductory examples on this page. Further and more specific examples are organised as follows:

String instruments are played with a horsehair bow drawn across the strings by the right hand to make them vibrate. The left hand, meanwhile, ‘stops’ the strings in order to create different notes. This handout documents some of the effects that can be created on string instruments using a variety of techniques

As with any instrument, simply using a mixture of slurs and staccato can make a huge difference to the character of a melodic idea as in this example by Mozart: 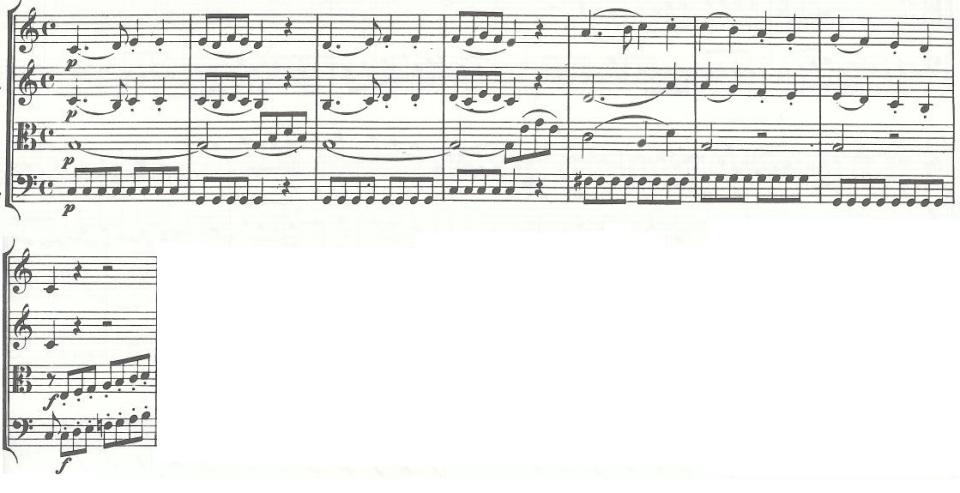 In this example from a Schubert string quartet the choice of articulation and dynamics creates the character of the music: 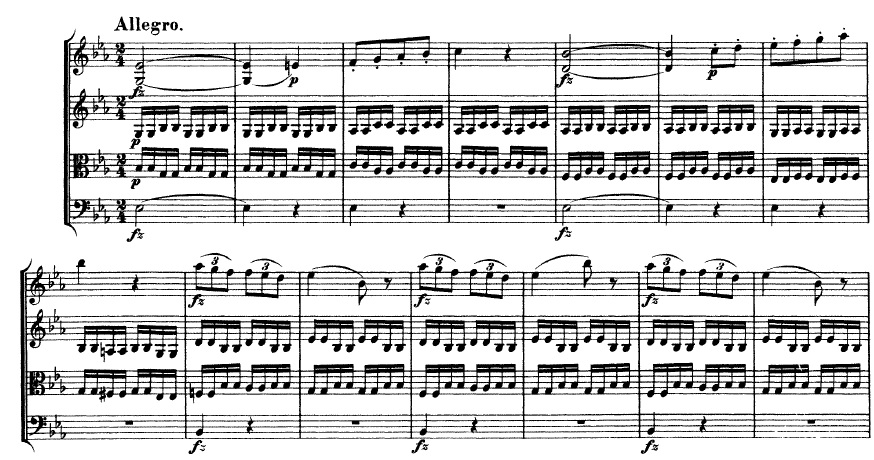 In music before the twentieth century, dynamics were most often used either to determine the general character of melodies or shape them. You will find lots of these type of dynamic markings in the examples of string quartets elsewhere on Moodle.

In this handout, the focus is mostly on special playing techniques, but even dynamics and ordinary articulations alone can create quite striking effects when used creatively.

In this Shostakovich quartet note the way in which the composer overlaps the entries so that the next note has already started underneath the accent.

In the same quartet Shostakovich also uses striking contrasts of articulation, with pizzicato, held (tenuto) but separate notes at the beginning of the extract, a fully legato line accompanied by staccato stabs towards the end of the extract: 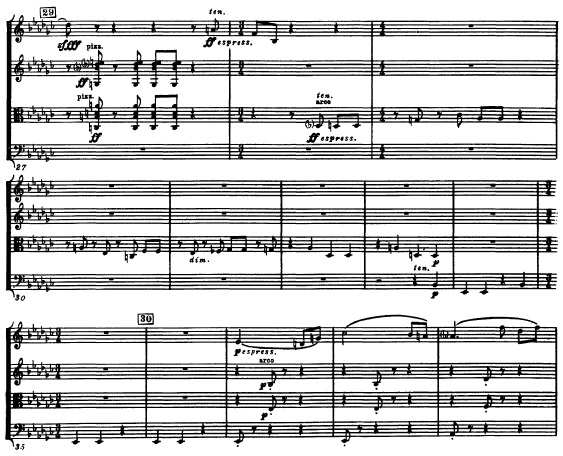